The contrast that exists is, of course, made possible by the anchors. Hans Rosling in a respected and provocative book called Factfulness points out that what he calls the “gap instinct” is made possible by a false view of reality. He provides a ton of data to make the case that most people are somewhere in the middle of virtually all distributions. In income levels, for example, he divides the world into four levels and shows that few people are at levels 1 and 4 which anchor the gap between the haves and have nots. Most people are at levels 2 and 3.

One reason to look closely at what lies between is to understand present circumstances. While the vision of achieving food security is clear, it matters whether the best money goes into getting grocery stores and farm markets into a food desert or providing transportation for persons to get to resources that already exist. From the view point of those living between extremes, Rosling speaks persuasively on how how small increments of progress can matter a great deal.

The other reason for looking at people, families or other units distributed between end points is to understand present degree of movement. A child static at three grade levels behind needs different and more help than one at an equal point but gaining two grade levels each year. The logic of gaps can mask important increments of change.

In some areas there may be only be two choices. Can a person be a partial racist or is it one or the other? Even if the latter, some path forward probably describes progress better than a one-time, lasting conversion. Few of us change overnight.

The trickiness, of course, is to see the reality of  progression or regression while not losing the power and urgency that gap mindset conveys. With equity, diversity, and inclusion we must live in two worlds. As the British tube station announcement puts it, “Mind the Gap.” 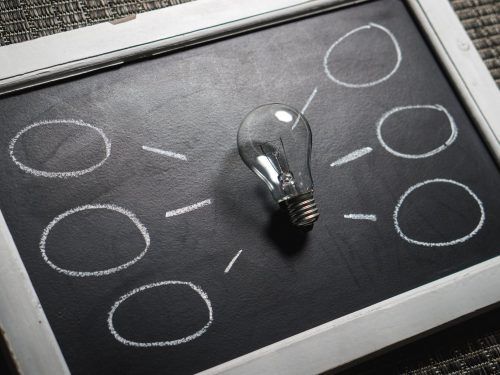 A Wednesday Whimsy Regarding Words Watch your words, we are admonished since childhood. Over many years, I have added this guidance: watch for the differences in what words mean. If I ask a grant...

How Long Does Success Last?

Good nonprofits track and verify the number and kind of participants who achieve a gain—whether it's landing a job, reading on grade level, or rehoming a displaced family.  Great nonprofits track...